There are two specific economic impacts of shale gas drilling.  The first concerns the US natural gas commodity pricing, and the second relates to gas basis costs.

New sources of natural gas from hydraulically fractured shale gas wells has caused a precipitous drop in Henry Hub pricing from $6 /Dth or higher to $3 /Dth or lower. 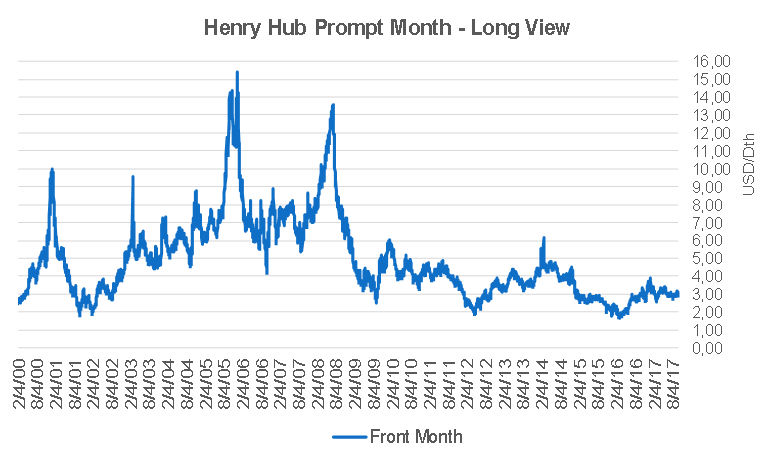 The Henry Hub in Louisiana is the gas trading point on which NYMEX contracts are based.  The Henry Hub was chosen as the pricing point for US gas contracts because the Gulf Coast produces the majority of the nation’s natural gas.  While the Gulf Coast remains the predominant US production region, other areas are now drilling in shale.  Until recently drillers were only able to produce gas from wells located in porous rock formations which do not need to be hydraulically fractured.  This process was the main driver of domestic natural gas pricing until the mid 2000’s.

The technological advancements of hydraulic fracturing and horizontal drilling have allowed US producers to access gas in methane rich shale rock formations. Producing gas in this method has a quicker Return on Investment as shale wells produce high volumes of gas in the early production years, and the volume rapidly declines as depicted in the following chart.  This is a stark difference to the production curve of a traditional well which produces a more even volume of gas throughout the life of the well. 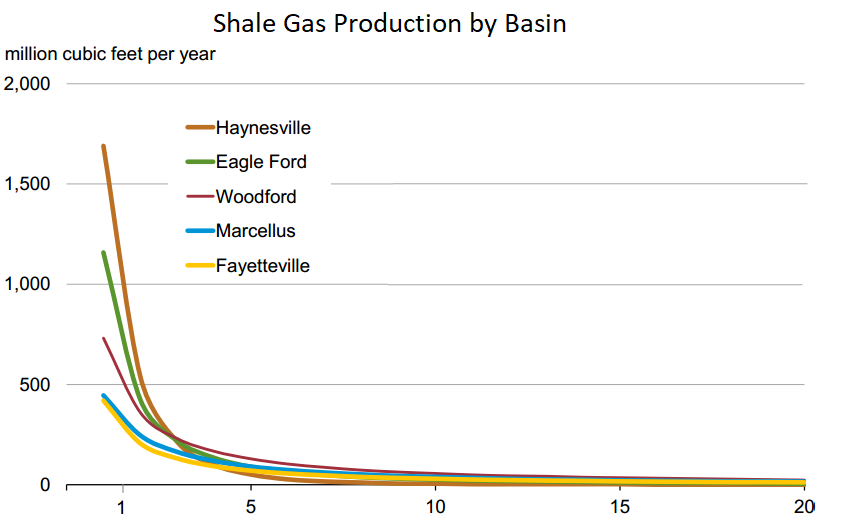 Producing shale gas has also shifted the Basis pricing within the United States.  Basis is the transportation cost to bring your NYMEX based Henry Hub contract to your local market.  There was a significant change to Basis pricing as the US began to produce an increasing volume of shale gas in the pink-shaded territories on the following map.  The traditional pipelines ran from the Gulf Coast to demand centers around the country, but as shale gas started flooding the market from shaded production areas, the cost of gas in those localities decreased.  This means that the differential pricing between the local market and the Henry Hub got closer, or even resulted in negative basis pricing. 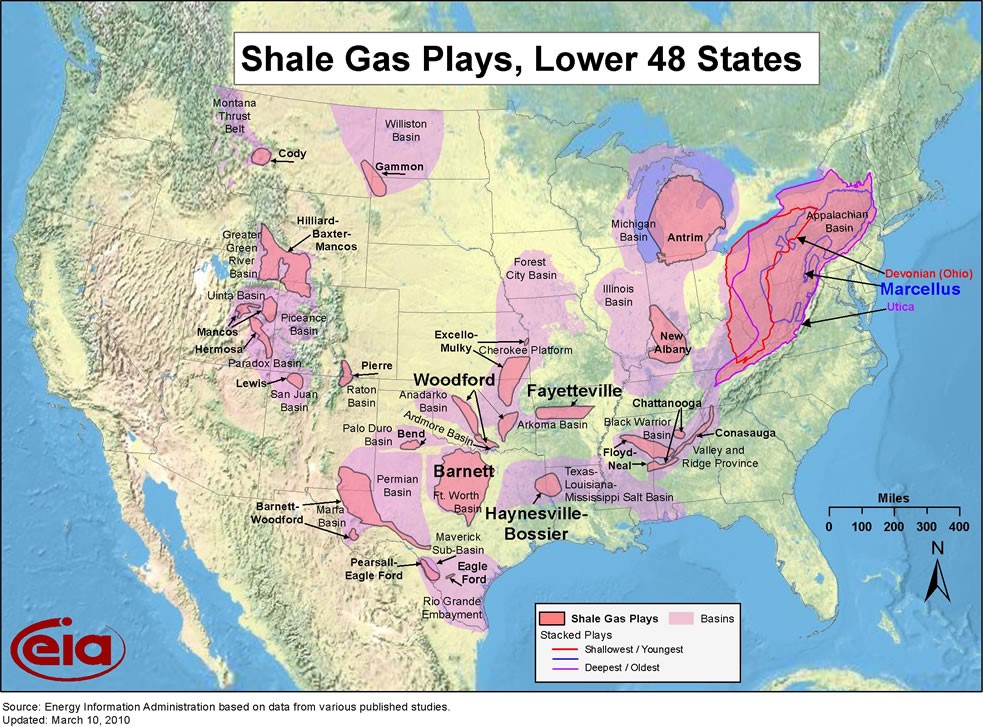 There are simultaneously two kinds of projects which address the issue of new production areas with no transportation infrastructure: first, some traditional pipelines have reversed flows to bring gas in the opposite direction; and second there are a slew of new pipelines under construction or seeking approval at the Federal Energy Regulatory Commission “FERC”.  FERC has approved 19 new pipeline projects in 2017, totaling over 22 Bcf/d of gas transportation capacity.  Additionally, 15 projects remain on the docket at FERC which could add another 15 Bcf/d.

What’s on the Horizon

Where is all the gas from shale drilled wells going?  A great deal of that gas is helping the US become a net exporter of natural gas.

Since the early 2000’s the US has exported large quantities of gas by pipeline to both Canada and Mexico.  Our neighbors have added demand of over 200,000 MCF/month via pipeline alone.  This relationship is still growing, and Mexico also happens to be our #1 importer of LNG at between 15,000 and 10,000 MCF/month.  The US’ 2nd LNG export facility opened this month in Cove Point, Maryland.  Additionally, there are several LNG export projects under construction and a slew of applications being reviewed by FERC.

The big changes to natural gas production have led to the investment in pipeline infrastructure and LNG export facilities.  As the US moves toward becoming a natural gas exporter for the first time, it is important to remain informed on such projects so market developments can be analyzed in proper context. 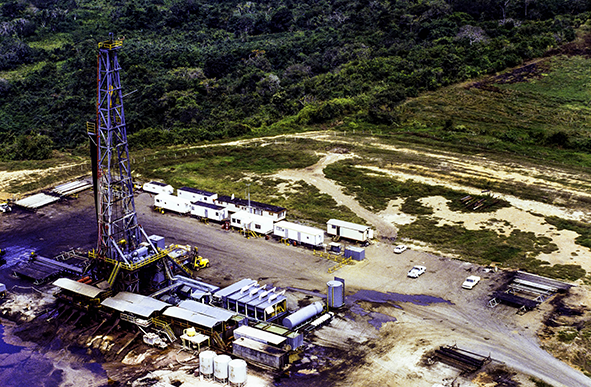 Kolya is the senior consultant for the US & Canada. Given his time zone, he also is involved in coordinating for the Mexican markets. Kolya also manages communication between US & European teams if the company contact person is in North American time zones.