What if you didn’t hedge enough electricity or gas?

Energy markets dropped for five consecutive years between 2011 and 2016. Many buyers believed that the party would never end. But it did. Since April 2016, energy prices have been on a firm bull run. Coal prices worldwide, natural gas prices and electricity prices for Europe, Asia and Latin-America, they are all much higher now than 26 months ago. The US natural gas and electricity markets are the only exception, thanks to the increasing US gas production. But for the rest of the world, the last two years have been a painful reminder that what comes down, must go up.

Depending on how much and how far into the future you fixed when prices were still low, you were confronted with increasing energy costs in the last months. You might have been caught by the bull run because of several reasons. The most common reason that we observe is that you didn’t have a contract in place and weren’t ready to start making long term hedges when markets started and continued to rise. In other reasons, you were caught because your energy procurement strategy wasn’t defined yet. It might have been caused by having too many stakeholders involved in the decision-making. Or maybe you held on to a wrong forecast that markets would drop down again. Needless to say, you’d better stay away from forecasting but that’s been discussed in previous blog articles.

Being confronted with a large and sometimes unexpected cost increase is a blow for everyone. However, there’s no reason to be a sitting duck. Start acting today to avoid an even bigger problem. Here are some of the trends in energy buying that we observe at this moment. Maybe one of them can help to overcome the issues that blocked you from protecting yourself against the bull trend.

There’s several ways to perform third party hedging. The first option is swap arrangements with a bank although these can be difficult to realize without a physical supply contract signed. You’d be buying the forward products with the bank and then later they will be swapped against your formula.

Sleeving is a better option. You then buy your hedges with a certain supplier and once you have your physical supply contract negotiated, you pass them on to your physical supplier. Some companies have their preferred supplier and then go into the market once they want to tender the physical supply. The tender should then mention that you’ve already bought 6 MW and the new supplier should take over this 6 MW. Please remark that we’re talking about capacity band hedging here.

Would you like to receive the slide materials on this TEC presentation?

Another solution could be to hedge with your current supplier further in the future, even if you don’t have a contract in place yet. The risk should be minimal when you’ve been working with the same supplier for several years and always acquired good conditions and a low add-on.

If all of the above is not available and your suppliers are not willing to go into that direction, there’s a very simple solution. You sign the physical supply contract and then on a certain day, anything you hedged already with another party, you sell it back to that party and you buy again with your physical supplier and you’ll have neutralized any cost effects.

Options can be a good solution for those who are afraid of taking stop loss decisions. When markets go down again, after reaching the stop-loss, your option will allow you to go down with the market again. This isn’t possible if you’ve simply fixed prices at your stop-loss level. Again, your financial department might not be in favor because of the low liquidity, complexity and high premium prices on options. You don’t have to actually buy an option product. You can also make a physical supply contract with a cap. In this case the supplier will be buying the option to secure that your contractual price doesn’t rise above a certain level.

Power purchase agreements, where you have a supply contract directly with the producer such as a windmill project, could result in an interesting saving. PPA’s became much more popular since renewables reached grid parity: the cost of producing electricity by e.g. solar panels dropped below the cost of consuming that same amount of electricity from the grid.

You can find more extensive information on PPA’s and whether you should choose an on-site or off-site PPA in one of our previous blog articles: “Power Purchase Agreements for financing and buying renewable energy”.

Let’s recap. If you were surprised by the bullish energy markets you should put in place a long-term strategy to avoid that this happens again in the future. We can help you with that. On the short term, you should start buying to avoid an even bigger problem. However, don’t panic and buy everything, keep spreading the decisions.

Eager to learn more? Come and join us at the Transatlantic Energy Conference on November 14th: www.eecc.eu/TEC. 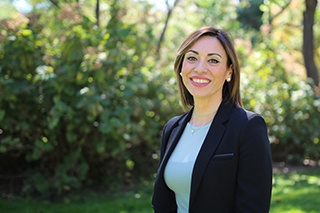 E&C is a boutique energy procurement consultancy with an international team of true energy entrepreneurs that offer a unique blend of global capabilities and local expertise.

Our offices in Europe, the US and Australia serve more than 300 clients from South-Africa to Norway and Peru to Australia that have an annual spend between 1.5 million and 1.5 billion dollar.