Several European countries are working on additional programmes next to The European Emissions Trading Scheme (EU-ETS) to reduce emissions and support the transition to clean energy generation and low-emission technology. A few months ago we discussed the Dutch climate package. On the 15th of November, the German federal parliament formally accepted the Climate Protection Act as a central piece of the Climate Protection Programme 2030. This introduces a new national carbon emissions trading scheme where it is suppliers that are charged with buying the emission certificates; a change from the EU-ETS measure.

The EU-ETS does not cover transport and building, these sectors are to be addressed instead nationally with annual targets. However, currently Germany is set to miss its (non-binding) 2020 targets by 8% (as stated in the Government´s Climate Change Report 2017).  Accordingly, Germany would only achieve 30% of its target by 2030 at the current pace. The  Climate Protection Programme 2030  outlines Germany´s policy ideas in a strategy paper in order to respond to this issue and speed up the efforts. 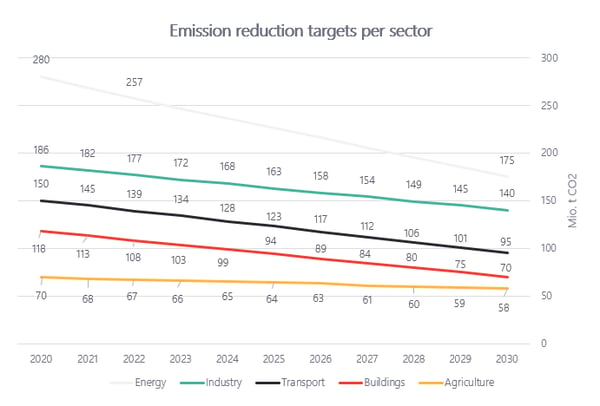 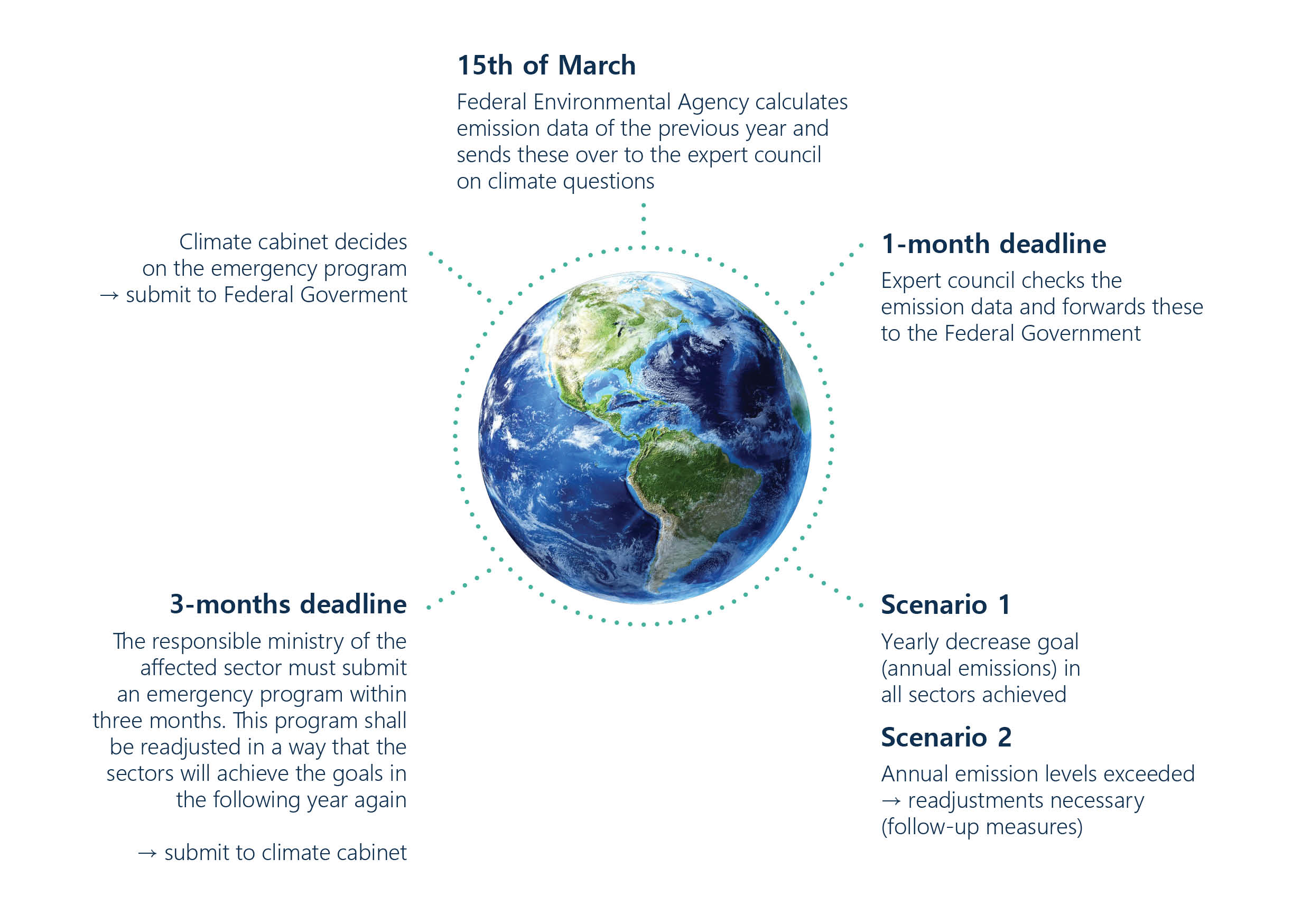 The main change introduced with this new Programme is a new CO2 pricing plan aimed at transport and heating, separate from the EU-ETS targets. The goal of this new National CO2 emissions trading scheme is to encourage suppliers to switch to more ´climate friendly´ technology, such as heat pumps and electric mobility. The incentive here is driven by the new requirement for suppliers to buy certificates, as opposed to the EU-ETS measure where certificates were bought by the emitters. 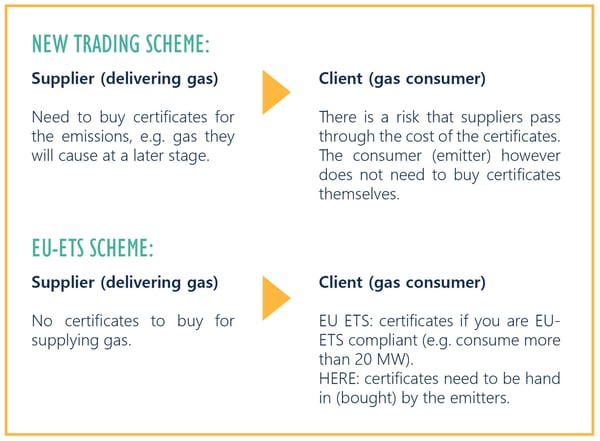 This new scheme will be monitored by the Climate Cabinet, which was set up by the Government in March 2019, and includes ministers with experience suited to climate change. This Cabinet is charged with overseeing the new scheme, evaluating its progress, and ensuring that the sectors comply with it. Should a sector deviate from the course, the relevant sector minister in the Climate Cabinet examines the underlying assumptions and issues. The Climate Cabinet then decides what measures should be taken, submits this decision to the Federal Government, and a binding follow-up ´emergency´ mechanism is put in place within three months. What this mechanism will look like is not yet known.

Certificates are sold to companies that market heating oil, natural gas, gasoline and diesel ('upstream ETSs'; companies who sell gas on the wholesale market). Which companies are included in the national ETS will, in principle, be determined by who puts the relevant energy products into the market or supplies them.

However, suppliers do get some allowances in the EU (depending on size); if you are already compliant with the EU-ETS (meaning you consume more than 20 MW) you will be excluded from the German scheme. However, local, smaller suppliers might be affected if they need to pay double (for the resulting extra cost from the upstream ETS and the direct cost from having to buy the certificates themselves). Compensations and further relief are planned for these affected companies, but these details are not yet known.

Cost of the CO2 price?

Costs are charged to the fuel trade: for example, if gas is sold, the company selling it will need a certificate for every tonne of CO2 that the substances will cause in consumption.

These 5 years should give companies time to adjust to the new system, and hopefully switch to low-carbon alternatives.

The total amount of allowances for CO2 emissions is limited in Germany (under its EU-defined emissions budget set out in the EU Effort Sharing scheme). If suppliers need to purchase further certificates than are allowed, they will need to buy these abroad. It is expected that the extra costs these suppliers incur will be passed to the consumer via higher costs of fuel. However, this has not been confirmed and the extent of the price increase is not yet known.

Additional earnings generated with carbon pricing will be used to invest in climate action measures (under the Climate Protection Programme 2030) and part will be returned to end-users as compensation for paying a double-load.

Eager to learn more about national climate policies? During our next Transatlantic Energy Conference we'll compare different climate policies worldwide and calculate the impact on your energy budget. Pre-register at www.eecc.eu/events to be invited to TEC 2020!

Written in collaboration with Kathleen Peters.