On the (in)elasticity of the LNG market and its cargos

Since 2014 the US imposed different sanctions on Russia because of the Crimea conflicts and more recently the accusations of meddling in the 2016 US presidential elections. One of the most recent rounds of sanctions were signed by President Trump last year and impact the Russian energy sector, including LNG.

The most recent sanctions on Russia were still settling in at the beginning of January when we saw spot gas prices at the Algonquin Citygate skyrocketing because of a cold snap hitting the area. 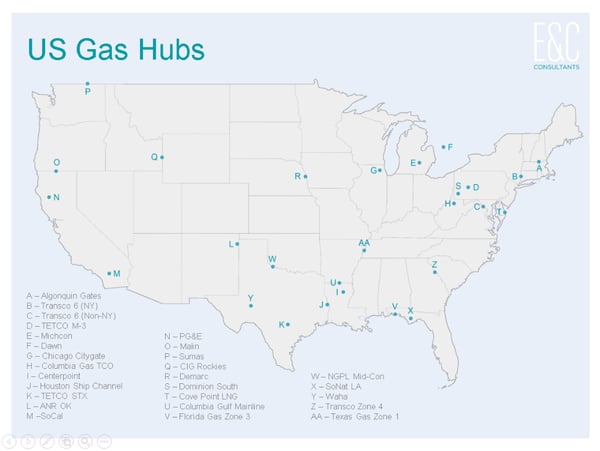 The pipeline capacity in this area is too limited to bring additional volumes from the neighboring states. 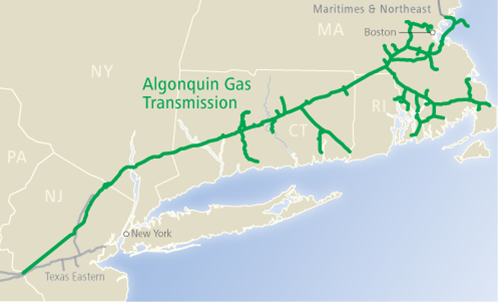 As a result, price arbitrage isn’t possible and the spot price went above 80 $/MMBTU, a price level we haven’t seen in the last 5 years. 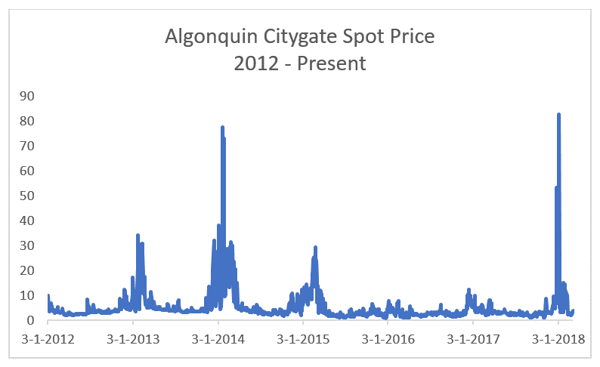 To avoid similar problems in the future, additional pipeline capacity would be welcome. But reality shows that there are often objections to the installation of additional capacity, as recently became clear with the Constitution Pipeline project that was rejected by the FERC. At the same moment in time LNG exports are leaving the US from the Sabine Pass terminal around Houston.

Could these exports come to rescue and help to solve the issue at Algonquin? Not really. The deal breaker here is the Jones Act, a law dating back to 1920 that compels all maritime commerce between U.S. ports to be carried on ships that are built, owned and crewed by Americans. Most LNG carriers are build and/or owned by non-US citizens because of cost optimization. As a result the US has plentiful cheap gas but can’t use it to solve supply issues like the one that occurred with Algonquin Citygate. Most of the time Massachusetts therefore imports LNG from Trinidad and Tobago. However, this time the solution of the gas supply was not found in the Caribbean but elsewhere.

On the 19th of January 2018, the Gaselys vessel, that is operated by Engie, was on its way to the Everett facility in Boston. The cargo left some weeks before in the Isle of Grain terminal in the UK and headed to the Street of Gibraltar. After arriving there it changed direction to the west to cross the Atlantic Ocean with Boston as official destination. Most analysts saw this change of direction as a reaction on the strong spot prices in Massachusetts and they started to speculate on the content of the cargo. After all the vessel left the UK with a reload just after it filled it storage tanks with a shipment of the Russian Yamal LNG plant. Did this mean the Gaselys was carrying Russian LNG gas to the US and therefore breaching the Russian sanctions that were recently imposed?

Speculation about the cargo turned into news and just after, the vessel changed its direction again eastwards. Back to the port of Algeciras near Gibraltar. With no official reason for this strange evolution. Eventually the cargo changed one more time and ended its journey at the Everett facility on the 28th of January according to Natural Gas World information.

This saga taught us a thing or two:

A similar event took place in the UK some days ago. The so called ‘Beast from the East’ brought cold temperatures for most of Europe. At the same time technical issues occurred with the Kollsnes gas processing facility in Norway, the BBL interconnection with the mainland and the Segal pipeline. All of this while the Rough storage facility is out of the market because of technical issues.

This perfect storm caused NBP spot prices to reach new record levels of over 200 pence/therm. Within day prices went as high as 350 pence/therm and National Grid has send out a ‘Gas Deficit Warning’ because of a potential shortage of gas. The graph below could have been a chart about Bitcoins but it actually shows the NBP day ahead.

Eventually the market showed that it is working: the high prices (and the warning) limited demand, attracted additional volumes and a shortage was avoided. Because of the outage of Rough it was mainly the LNG short term storage terminals that had to save the day. The advantage of these terminals is that they can respond immediately to market changes from volumes already in the tanks. However, the length of time for which they can do this depends on their storage and how quickly they can attract new cargoes to replenish stocks.

By the 2nd of March, the combined stocks at the UK terminals were only enough to continue to flow for another three to four days at the high rates they had been injecting at that moment. Unless other cargoes came in.

And again, it was Russian LNG gas that came to the rescue. An LNG cargo coming from Yamal was transferred onto another vessel in France and then came to the UK's Dragon terminal to arrive there on the 6th of March. Some more cargoes will follow in the days after.

Similar to the US, this UK event clarifies a few things

It is often hard to understand but ‘perfect storms’ like this bring volatility and can bring shortages. They can be avoided by additional (uneconomic) storages or pipelines but the question then is: at what cost and by when? The alternative is to accept the risk and count on the (in)elasticity of the LNG market with the corresponding price volatility or breach of sanctions. And here again: at what cost? Wondering when suppliers will come with proposals for demand side management in the gas market.

Are you buying energy & eager for more information on the global energy markets?
Make sure to attend the Transatlantic Energy Conference.
Subscribe for Geneva using the promo code BLOG and receive a 10% reduction. 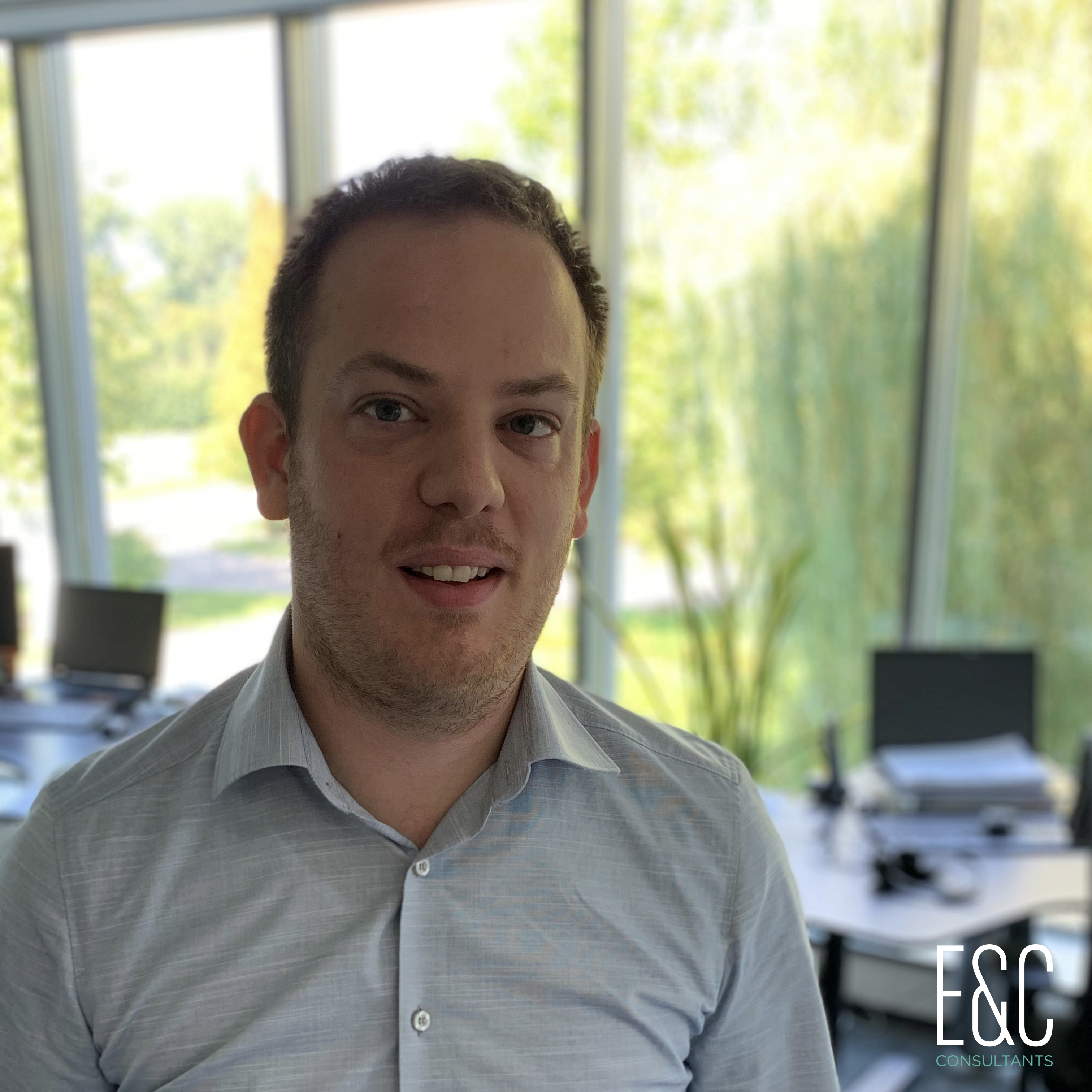