What’s happening to the electricity prices in Romania and Hungary at this moment?

Well, have a look at the line charts. Power prices in Romania went up by nearly 20% in 2017 compared to 2016. Energy suppliers are now approaching their clients and asking a 10-20% price increase for their contracts signed in 2016. 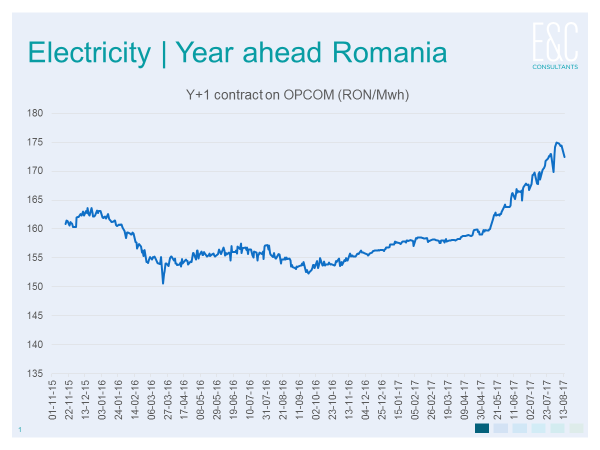 For the Hungarian electricity prices, the increase is even bigger. For some consumers, the y-o-y change could even reach 30%. This year the Cal 18 contract already increased by more than 10%. 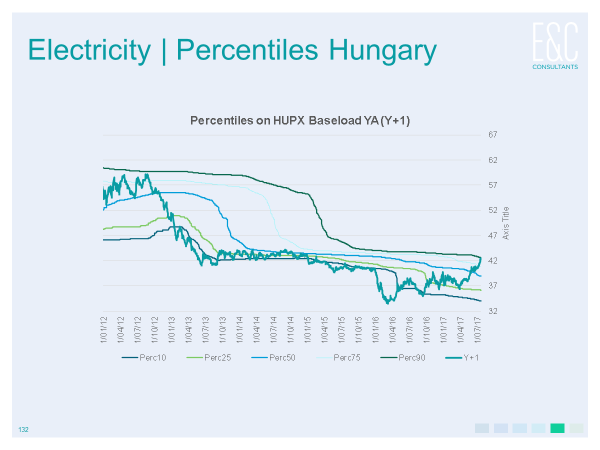 So, what are the reasons for these increases?

To explain that, let me start by showing the energy generation mix of those countries. Romanian electricity prices are driven by coal and hydro while Hungary is more dependent on coal, nuclear and gas. 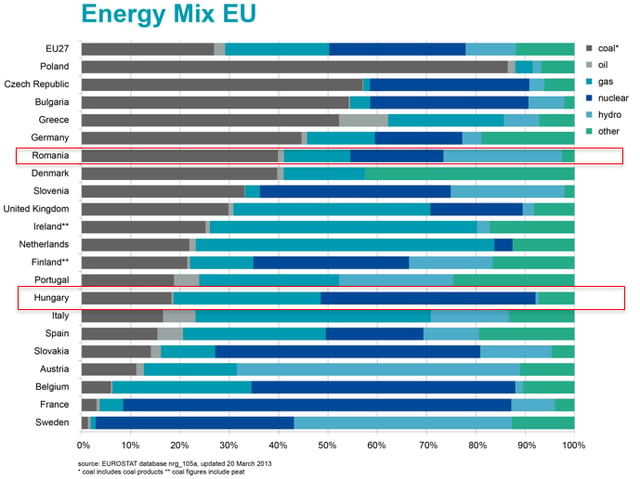 Coal prices have been in an upward trend since March 2016 and are still rising at the moment. A strong winter in combination with a low hydro level clearly impacted power generation in the region. Spot prices in both Romania and Hungary spiked to more than 100 €/MWh at the end of January. 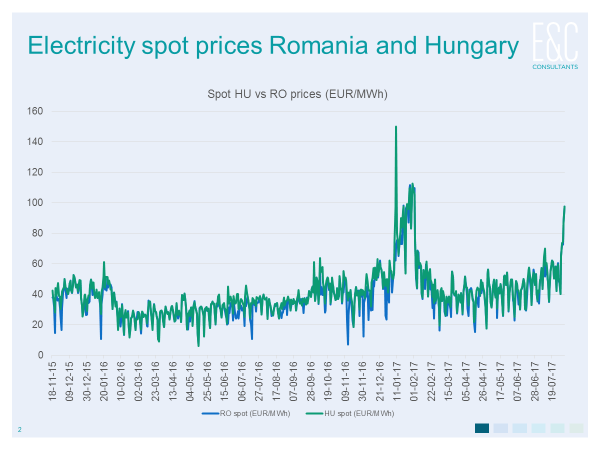 Romania was forced to reduce its export capacity to neighbouring countries such as Hungary. This created a severe problem for Hungary, as they’re a net importer of electricity.

What can you do about this as an energy buyer?

In a short term, you should challenge your current energy supplier when they approach you to change your 2017 price: launch a tender and invite other suppliers as well. You could also negotiate a clause in the contract that prevents the supplier from changing the price during the period of the contract. This enables you to keep the price stable, whatever happens in the future.

In the mid term, for 2018, it depends on your budget situation. If you still have some space in the budget, think about hedging a quarter or a half year, wait a bit and hedge the rest later. Also think about having a multi-click electricity contract so you can fix at different moments and spread the risk. In Romania this would be problem because the power exchange is not liquid and transparant enough. In Hungary the situation is different as the market is mature.

In a long term, create a good energy procurement strategy so you know exactly how to react to any price levels in the future. Define opportunity moments and also define your energy risk limits.

Want to stay up to date about the energy prices? Subscribe to our daily market analysis. 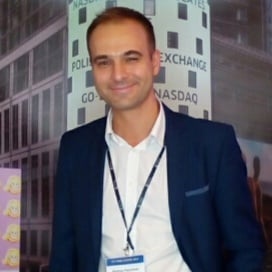 10 years in energy procurement and risk management. Before E&C Bartek worked as a Regional Buying Manager of Energy for Tesco for 5 Central European countries and as a Project Engineer for Nestlé. He has extensive experience in implementing risk management strategies for buying energy and in the Central and Eastern European gas and electricity markets.