A manifesto of energy pacifism 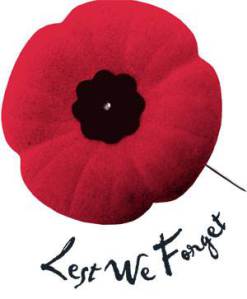 My country is starting to prepare itself for the commemoration of the 100 years since the first world war. As I sit at my desk and write, I look at the meadows on the other side of the channel which lies behind my backyard. The people that lived in my house a century ago would have been looking at trees instead of the open space that it is now. It was called ‘De Boomforeest’, which is a strange old Flemish word, as it seems to mean ‘wood of trees’ to me. In 1918 the trees disappeared as the fleeing German Army put fire to the ammunition that it hid in that wood. Everywhere you go in this corner of Flanders, you find the scars, silent reminders of the carnage that took place here three generations ago. My great-grandfather lost four years of his youth in the Great War. He was fortunate and got back alive. In the first weeks of the war, he was shot in the leg, his horse dropped dead under him. He limped through the rest of his life, but it saved him from the frontline service that would have surely killed him. So there he was, stuck for four years in trenches just twenty kilometers from where his wife was all alone raising his children in enemy territory.

Last week I visited an old client of mine which has its plant south of Ypres. The engine of my car was roaring as it scrambled up and down the nice rolling countryside that you find there. But as I was climbing the small hills, I thought about those thousands of soldiers from the British and German empire that were killed as they ran up and down those slopes. It’s hard not to think of them when you are there, as every few kilometers you pass one of those endless cemeteries with thousands and thousands of graves. The fields and meadows over there are dotted with small ponds from which the cows drink. It gives the landscape a particularly peaceful atmosphere. That is weird, as these ponds are craters of the many bombs and mines that exploded there less than a century ago.

Less than a century ago is about to become more than a century ago. My father was born in 1947, two years after the last war that tortured my country ended. I am part of the second generation that has lived without ever experiencing the horror of war. But I still carry some war in me. My grandfather, the son of the 1914 horseman, told endless stories about his fathers’ adventures in the trenches and his own experiences when the Germans came back in 1945. In the second World War, my part of Belgium was again hit hard, as the Lys River that lies to the East of where I live was the last line of resistance of the Belgian army. My godfather, the brother-in-law of my father, lived in the neighboring village Ingelmunster in a house that was partly destroyed in that battle of the Lys. He has told me that story a hundred times, and still today I can see the freight and disgust in his eyes as he tells about the soldier that pointed a gun at his mother.

My children will probably be the first generation that grows up without these testimonials of war. I come from Flanders and for centuries my country was the favorite battle ground of Europe’s armies. But since 68 years, war has not reached our realm. If you think about the situation in Syria these days, it makes you realize what a privilege such peace is, what a luxury. How many of us realize this? Earlier this year, the EU received the Noble Peace Prize as an award for this accomplishment. However, this unleashed a storm of criticism from an odd coalition of eurosceptics and anti-capitalists. As I look outside my window at the scar of the Great War across the canal, I realize that such criticism is like the cries of spoilt children that don’t realize what it is to live a lifetime without war.

As a passionate reader of the books of Daniel Yergin, I realize that the wars that ravaged my country have a background in (energy) economics. Most of the countries on this planet lack sufficient raw materials and energy sources to support an industrial economy. Industrialization creates the need for importing commodities from overseas. As Europe’s nations industrialized they developed industrial colonization. Even my own tiny Belgium ‘owned’ a colony many times its size and especially richly endowed in resources: Congo. In 1914, the nations of Central Europe, Austria and Germany had missed out on the colonization wave. This inevitably caused the clash of empires of the first World War. During that War, military strategy saw unprecedented changes. My great-grandfather went to the war on horseback, but by 1918, the first tanks were rolling through the streets.

The mobilization of society caused by the invention of the internal combustion engine had an important military counterpart. Nobody understood this better than Adolf Hitler who composed the fastest moving military in the world. That is why the Germans reached the village of Ingelmunster so rapidly. The bomb that hit my godfather’s house was dropped by a Stuka airplane. However, feeding that military mobility demanded enormous amounts of fuel. That is what many people see as the main reason for Hitler’s attack on Russia and his move towards the South-East, he was heading for the oilfields of Baku. The thirst for fuel of Hitler’s army eventually caused its defeat.

Military conflicts over access to energy or other resources are no longer a reality in Europe. The European Union has chosen a different model. For all its imperfections and even if it is currently going through a deep crisis, the EU is a strong witness of the fact that doing business together is a forceful tool for avoiding war. Capitalism and market liberalism as a tool for peace, that is the message of the EU. Europe’s politicians are less and less directly intervening in economic life. The fact that the EU is one of the few regions in the world which has a liberalized internal energy market is a good example of that. Most people probably don’t realize it, but buying electricity and natural gas in an open market is an act of pacifism. Because, when politicians try to secure energy supply, it often ends up in military conflict. Energy market liberalism is a more peaceful way of realizing security of supply than geopolitics. We can only hope that the rest of the world will follow the European example. Security of supply should be realized through the establishment of a worldwide open market for trading energy. However, politicians across the globe still want to play the great game and secure energy reserves by political and eventually military force. Think about the following:

• Western interventions in conflicts almost always smell of oil. Lybia and Iraq are obvious examples.
• Russia clearly puts a primacy on politics over economics when it comes to the marketing of its massive energy reserves. The wars of the Caucasus clearly have much to do with Russia’s anxiousness to keep the Central-Asian oil and gas reserves from finding a direct way to Europe.
• China’s energy policy is characterized by its willingness to work together with rogue regimes and massive investment in a blue water navy to protect the flow of oil and gas (LNG). This military build-up leads to increasing tension with neighboring nations and the US.

Politicians should not sign energy deals. All they should do is make sure that the world’s energy markets function well. Because their meddling with energy in particular and more broadly economics doesn’t lead to the best possible deals. And even more so because it only too often ends up in military conflict.

All the liberalism in this blog article might sound like a salute to Margaret Thatcher who died this week. Well, it is not. Of course, she paved the way for the European liberalization projects. But her nationalism made her blind to the fact that liberalism has to cross a country’s borders. She would have been such a much greater figure if she would have given a European dimension to her fight for the withdrawal of politics from economic life. And was her war in the Falklands only about restoring national pride? Or did it have something to do with the oil and gas reserves of which the British government knew since 1969 that it was to be found in the Falklands’ territorial waters? The death of the Iron Lady stirs a strong yearning for strong statesmen and –women, especially in these days when bickering politicians fail to come up with a solution for an economic crisis that continues to plague us. However, let us all hope that current and future politicians are less willing to call to arms than Mrs. Thatcher. Especially not over oil and gas. Let’s trade energy in open markets instead of fighting wars over it. No more scars of wars, not in my backyard and not in anyone else's backyard.