Update on the Spanish power system

Let's start with the most recent events: the last interrupt auction. Since it was held at the end of December, we have only read headlines highlighting the disastrous result of this auction and the possible negative effects on the Spanish electro-intensive industry.

What is the interruptibility?

The interruptibility is a service that some large electricity consumers provide to the system operator Red Eléctrica in which they commit to stop their factories if the maximal demand for energy is triggered at a given moment and there is not enough electricity in the network to guarantee supply security. In exchange for this service, these companies receive a payment for every available MW.

Red Eléctrica organized the interruptibility auction in Spain at the end of last December. For the first time, the period in the auction was reduced from twelve months to only five and this is not the only change we have seen. In November the Order ETU/1133/2017 was published, which defined the new economic criteria for the activation of the interruptibility service. The mechanism will probably be activated more often now.

We have analysed how many times the interruptibility would have been activated in 2017 by applying this new procedure. Considering a reference price value for the 2017 electric season was 75,12 € / MWh, the results we obtain are the following:

More technical details on interrupbility can be found on our Grid Fees and Taxes platform (available for E&C clients).

Is this mechanism justified?

So far the interruptibility service has been a bargain for the participant companies: they received a bonus for a service that in the last two years has only been activated a couple of times. One on June 8, 2016 and the other one on October 2, 2017. In both cases due to an incident in the Asturian network.

So far, neither the government nor REE have been able to explain the need for this mechanism as the cost is very high and it offers millionaire aids to large consumers.

In addition to the CNMC, who has asked REE to justify the need to auction so much power, the European Commission is also carrying out an investigation into possible illegal state aid through these mechanisms. But this is not the only case that Spain currently has open. The European Commission set the security margin to ensure the demand is covered every month at 10%. Spain currently has a value of 43% (!) but the country is still spending on capacity payments.

Why does the system harm the Spanish industry?

I agree that the interruptibility service is not the most appropriate mechanism and it is not necessary with the generation park that we currently have in Spain. But I also agree that the obtained results in the last auction will mean a deterioration in the competitiveness of the Spanish electro-intensive industry. Until now, the interruptibility was a necessary bonus to which many large industries were tied to maintain a competitive price level in Europe.

The Spanish industry is continuously punished by the high price of the power market in the Iberian Peninsula. Our industries compete against other European companies that have a much lower price of electricity. Have a look at the graph below that shows different power prices in Europe. While the Iberian market closes 2017 with an average for Cal18 of 46,27 euros per MWh, Germany does so with an average of 32,39 euro per MWh and our French neighbour, despite the nuclear crisis, gets an average price in 2017 of 38,26 euro per MWh. 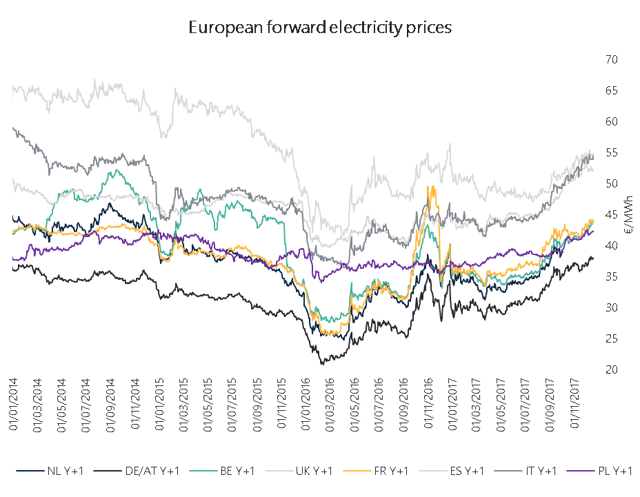 We have already mentioned before that the Spanish electricity system is oversized and there is plenty of spare capacity available to supply the system and meet the demand. In addition, the Spanish energy mix is very healthy. We do not depend on a single form of generation, which is the case for France with nuclear or Poland with coal. 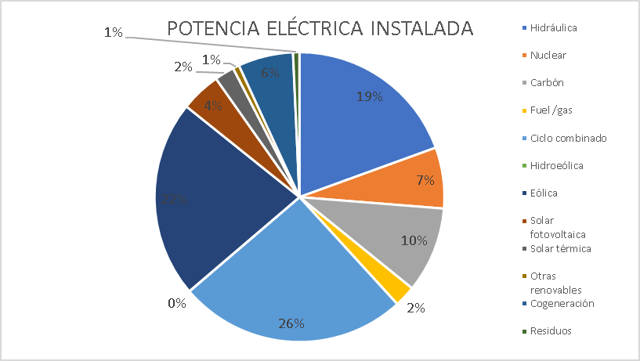 The strong upward trend we have seen this past year has been justified by many because of the drought we are currently experiencing. As you can see in the graph, of all the installed power capacity in Spain, 19% comes from hydraulic generation plants. Also, we have mentioned before that Spain places the security margin of the system at 43%. Do these number do not match for anyone else?

What changes could we expect in the system?

Spain could choose to support the electro-intensive industries with other measures, such as tax exemptions as is the case in countries such as Germany instead of this interruption mechanism as a false subsidy. It is true that for many industries it is already possible to benefit from a reduction in the electricity tax, but many others cannot because of the sector they’re in or because the percentage that the electricity represent in their total cost is not high enough

In addition, like the big consumers in other European countries, in Spain electro-intensive companies could start to benefit from other aid from the European Commission very soon. At least this is what the General Budgets of the State show, where a specific item has been included for the compensation of costs for the financing of renewable energies.

Still, this compensation has not been approved by the European Commission since the negotiations between the latter and the government have been delayed. The objective of this compensation is to lessen the extra cost to consume from renewable sources.

From Europe, in the last discussions about the winter package, Spain was the winner. European interconnections have been one of the main concerns of the government that claims that Spain is an energy island and that a better interconnection with Europe is needed to equalize prices. As requested by Minister Nadal, the Commission will give equal consideration to energy interconnections such as renewable energy and energy efficiency goals. Europe approves increasing electricity interconnections by 20% by 2030.

Let's hope that high electricity prices in Spain (in a market that doesn't seem to mature) will soon no longer be justified once there's sufficient interconnection with Europe and enough rain. 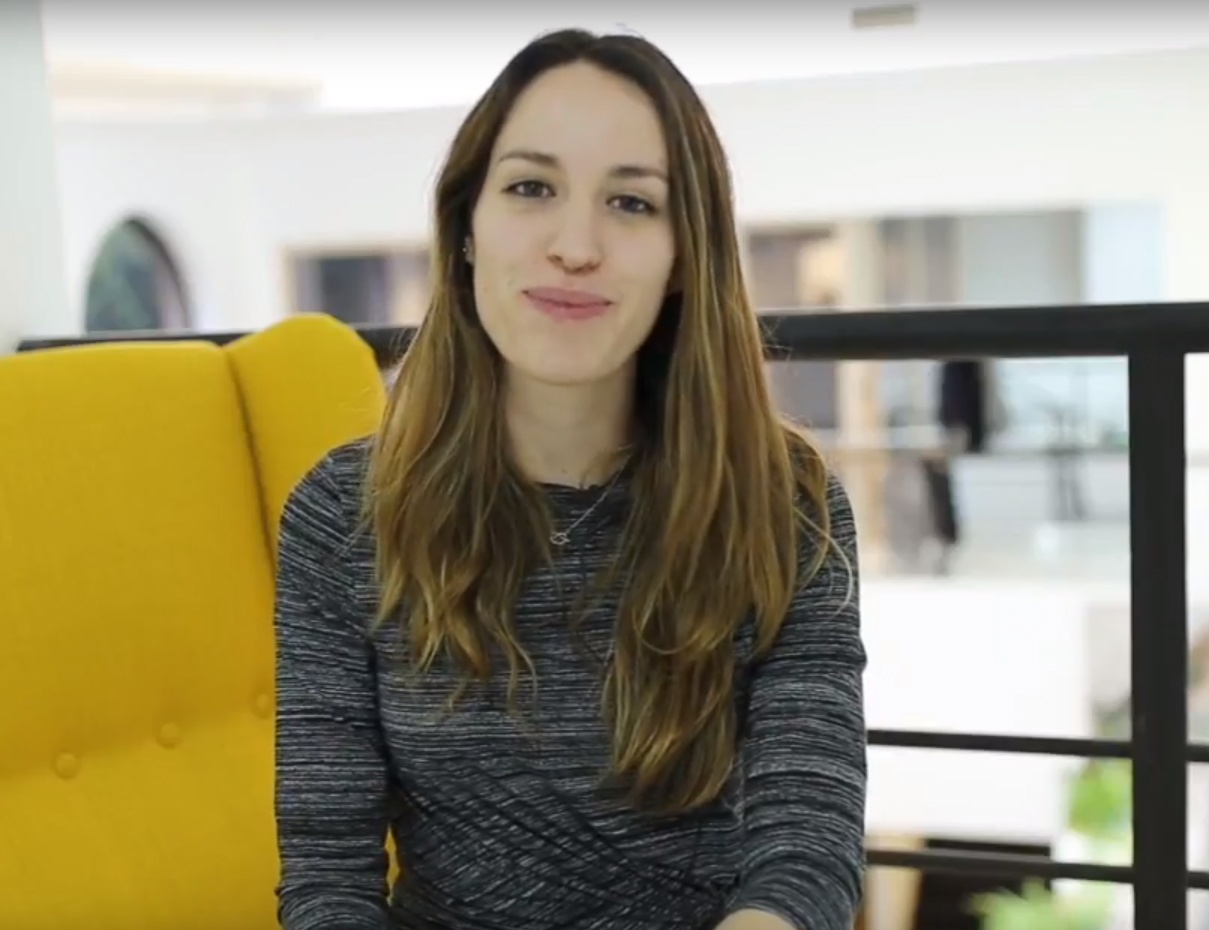 Carolina is an energy procurement and risk management consultant for Southern Europe and Latin American markets. The main functions of a consultant at E&C is to provide advice to our clients according to their profile and develop with them a procurement strategy to buy energy commodities.