The set-up of the Irish Integrated Single Electricity Market

The Republic of Ireland and Northern Ireland (which are two separated countries for your knowledge), do share one thing: they have a common power market called the Single Electricity Market (SEM). 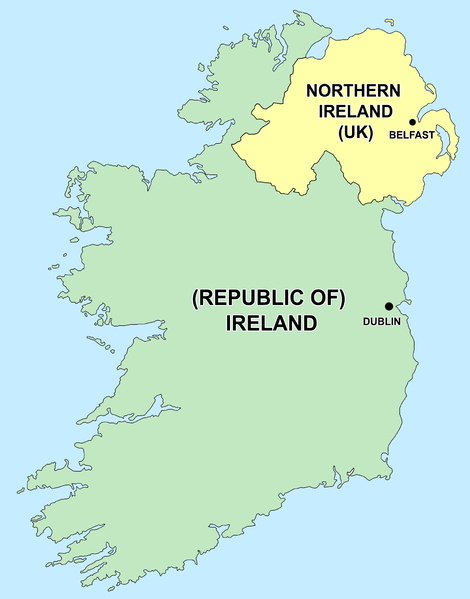 However, it differs from most major European power markets:

In order to improve transparency, secure the supply, increase competition and integrate the market with other European electricity markets, the redesign of SEM started in 2014. This resulted into the Irish Integrated Single Electricity Market (I-SEM) which is expected to go live on May 23rd 2018 after a delay of 7 months.

I-SEM will facilitate over a much greater number of delivery periods:

Both producers and suppliers can adjust their positions e.g. in case the demand is lower.

Market participants will take a position in the day ahead market the day before the delivery and this should reflect the expected supply and demand. The daily auctions for the delivery for the following day will close at 11:00 GMT (Dublin time).

Any shortfalls or pickups that are required will be done in the balancing market in order to keep the transmission system balanced. In case of an outage of a certain generator, the Transmission System Operator (TSO) will be able to instruct a different producer with available capacity to higher its output.

Currently, there are 5 price and schedule runs. The trading starts one day before delivery but the price is settled 4 days after delivery. Between the first trading session (ex-ante price) and the final settlement 4 days after delivery (ex post price) the TSO reviews/revise the operations schedule. For more detailed information please click here. 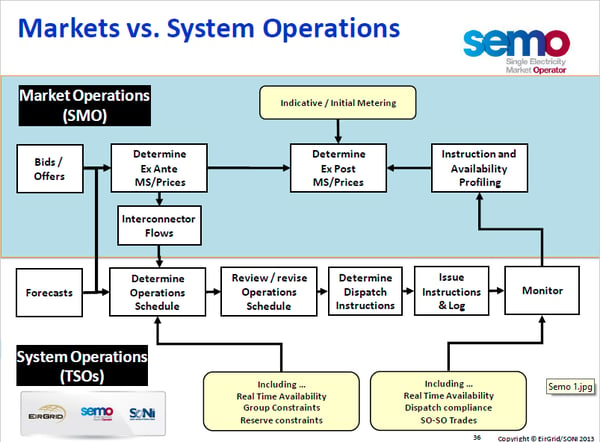 Hence, the new I-SEM will be much more real time compared to the current system due to the different timeframes and will carry more risk for suppliers in terms of accuracy of forecasts.

This will give participants the possibility to hedge positions. However, according to the regulator the I-SEM would be too small to implement a liquid physically settled forward market. This means, the forward market will be based on financial instruments. Participants can hedge position e.g. via contract for differences (CfD).

Until now, electricity contracts in the Irish and Northern-Irish market were mostly tolling agreements with electricity prices based on NBP gas, currency (for the Republic of Ireland) and CO2 prices. It is to be seen whether, with the introduction of this new market, Ireland and Northern Ireland will switch towards an electricity market model that is more similar to what we see in other European countries.

The final important novelty that will be implemented is a capacity market. In the current SEM, every producer is paid equally regardless how much they operated or at what production cost. In the new system generators will compete on a predefined volume of capacity set by the regulatory authorities during an annual auction.  The ones that can offer at the lowest costs will be allocated a contract. This will eliminate inefficient plants and expensive unnecessary capacity will be reduced. The first auction for the period 23/05/2018 – 30/09/2019 took place in December. 100 bidders participated, 93 were successful. The final capacity auction results were just published.

The generators that are selected receive a regular capacity payment. This payment helps them fund new generation capacity and, in return, generators have an obligation to generate when the system needs the capacity.

One of the main goals of this redesign is to bring the all-island electricity market more in compliance with the EU’s third energy package. The package aims at improving the internal energy market e.g. in terms of cross border trading.

However, after the Brexit, Northern Ireland (UK) won’t be part of the EU anymore. Will a cross-border electricity market still function then?

According to an article the Belfast Telegraph published in December 2017 “The all-island arrangements for the management of the supply, security and reliability of electricity will not become tangled in the Brexit negotiations. That working assumption has been adopted by both the Northern Ireland Utility Regulator and the Irish Commission for Energy Services. In turn that working arrangement has been endorsed at the level of national governments”.

Let’s see how smooth all those changes will really be implemented as of May this year and how fast and whether we will see improvements. 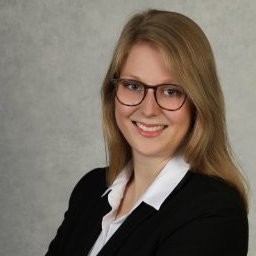 Consultant for Germany, the UK and the Netherlands.