Three tweets of Donald Trump have deepened the diplomatic isolation of Qatar. Earlier, Saudi-Arabia, Bahrain, the United Arab Emirates, Egypt, the Maldives, and Yemen started the Qatar-bashing by cutting diplomatic ties and closing their borders and air and sea connections. The fact that the US President is choosing sides in this conflict is a complete turnaround from earlier US policy aimed at promoting unity among Arab countries. Trump is also dealing a remarkable kick to a key ally of the US in the Middle-East. Many analysts and politicians commented today that the US happens to have its military headquarters and thousands of soldiers in Qatar. A basis from which they have just launched the offensive on Raqqa, the de facto capital of IS in Syria. 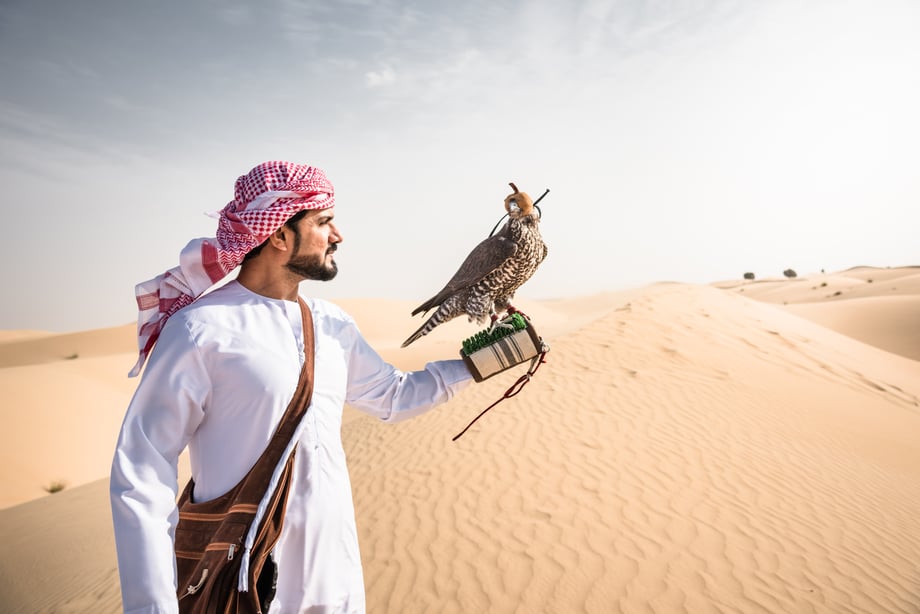 It’s of course not the first time that the US President’s tweets are a source of surprise and uproar for US politicians, diplomats, and officials. But what caused him making such a remarkable, uncontrolled, and unchecked turnaround in the minefield of Middle East policy? Well, many observers have remarked that Donald Trump often displays classic playground bully behavior. And which kids get chosen as targets by the playground bullies? The weakest of the pack.

Unfortunately for Qatar, that’s just what they are. The small country has just 2,5 million inhabitants, and just 500.000 of those are Qataris, all the rest are immigrant workers. Nevertheless, in geopolitics, Qatar has played a disproportionately big role for many years. It could do this, thanks to the following:

Mr. Trump’s move on Qatar might also have been inspired by his economic reasoning. I think that he’s been right in pinpointing the main weakness of the US economy, namely its large trade deficit. To make America great again, he wants to import less and export more. And what does he want to export? Definitely America’s fossil fuel wealth. Think about his coal policy. He must know very well that the extra coal produced in the US will not be burned in US power plants. The low natural gas prices make it much more profitable to produce electricity in gas-fired plants and coal prices have to drop a long way before beating gas. So the extra coal will be exported, continuing a trend of rising US coal exports that started a few years ago. Coal will help to fill the trade gap.

Donald Trump hasn’t revealed much yet about his thoughts on natural gas. But as the US has just started to develop its LNG export business, we can easily see how the prospect of selling more liquid gas to the world fits perfectly in Mr. Trumps ambitions to reverse the trade deficit. And who will the American LNG sellers meet as fierce competitors in the LNG markets? Qatar indeed.

Donald Trump’s tweets on Qatar should be seen in the light of his tweets on China and Germany. His eagerness to make the US an export rather than an import success story easily turns into envy when it comes to countries that have written an export success story of their own. An envy that results in poisonous tweets.

US diplomats and officials are scrambling to undo the consequences of Mr. Trump’s 74 words, written in the nightly hours. Economically, they seem to be a reversal of the Carter Doctrine to which the US has adhered for almost four decades. Under this doctrine, the US seeks to promote unity and peace in the region to safeguard the free passage of energy. It expresses a deep belief in global free markets being in the best interest of the US economy. Now we seem to have a more protectionist and dirigist president, adhering to the Putin doctrine of using political leverage to push America’s economic interests. “Free trade” in the Donald Trump dictionary seems to mean: “Americans sell everything to the rest of the world”. Competitors are to be blocked with import taxes and accusing tweets.

Citizens in Doha are currently stockpiling food, which shows their fear of further derailing of this conflict. In this highly militarized part of the world, the danger of armed conflict is always luring. An escalation in military terms or an economic blockade of Qatari LNG exports would have devastating effects on the world’s gas markets. In 2015, Qatar exported 106,4 billion cubic meters of natural gas of the world’s 338,3 bcm. Removing that gas from the world market would have serious consequences. It might be good news for US LNG exporters. But China has just announced that it plans to triple its LNG imports by 2030. We could surely use Qatari gas for that.

Qatari gas is of particular importance to European gas consumers. They are the marginal MWh’s. When the ships from Qatar come, gas prices in Europe drop. When they sail to Asia instead of Europe, our prices increase. We should therefore carefully watch this conflict and hope that it doesn’t derail further.